I just returned from a photo shoot in Florida to capture the last launch of Space Shuttle Atlantis.  I have been wanting to see a shuttle launch since I was a kid.  I remember my dad and I trying to see the launch of one of the very first shuttles, Columbia, back in the early 1980's.  I think it was STS-3 or maybe STS 4?  I can't really remember the exact one.  Unfortunately, the launch was scrubbed that day and we didn't get it see it.  My next try was about 27 years later in May of 2009 for STS-125, the Hubble servicing mission.  Again, unfortunately, a last minute change in the launch schedule did not permit me to view this one either.... such a bummer!!  So, with only three launches remaining in the shuttle program, I was determined to see one in person!!  My planning started around March of this year after talking with my friend Chris Hetlage in Georgia. We determined STS-132 on May 14th would be a good choice.  After confirming with him and making travel arrangements, we met up in Titusville on May 13th both hoping to capture one of the most spectacular sights you can witness... a NASA shuttle launch!!!

Chris viewed the launch from the Banana Creek site near the VAB (Vehicle Assembly Building) and me from the Causeway... both are excellent locations and highly restricted.  I must mention that these images would not have been possible without my very understanding wife and my NASA friends Dixie, Luis and Sue for allowing me to join them at the NASA Causeway viewing site.  Access to this site is highly restricted and only a limited amount of people are able to gain access.  I will be forever indebted to them!!  Thank you so much guys!! :-)  For those that aren't aware, the Causeway is one of the closest viewing sites for a shuttle launch.  I was exactly 6.2 miles from the launch pad.  That may sound like a long way but not when it comes to launching massive rockets.  Very cool!

Below are my favorite images from the trip.  I decided to use my trusty Canon 40D with a Canon EF 400mm f/5.6L USM telephoto lens and a Canon 1.4x teleconverter.  This would give me the equivalent of a 896mm lens on a full frame body.  Btw, the 400mm 5.6L is one of Canon's sharpest lenses and it did not disappoint!  It is a great lens in bright daylight and highly recommended.  For the wide angle exhaust trail images, I used a Canon 5D and a Canon EF 17-40mm f/4L USM lens.  Enjoy the views!

Here's a night shot of launch pad 39A all lit up the night before launch taken from Titusville.  What a cool sight! 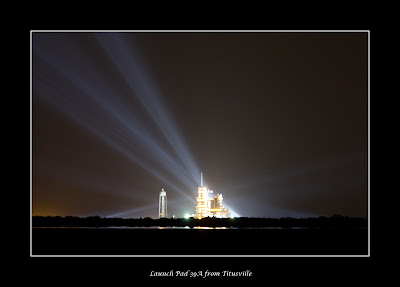 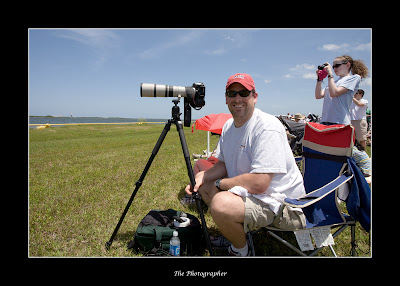 Below are my favs of the actual launch.  While the photos are neat to have.... nothing compares to watching it in person.  Between the blazing bright flare like exhaust of the SRB's, the crackling rumble sound that sweeps over you like a giant wave and the cheers and clapping of the crowd... it was a very awesome experience! 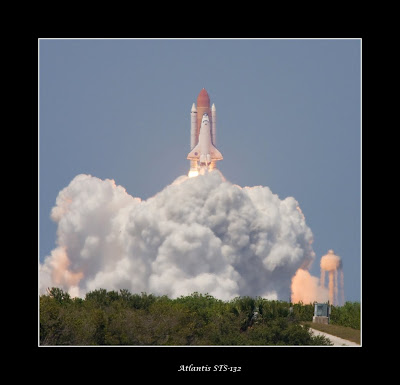 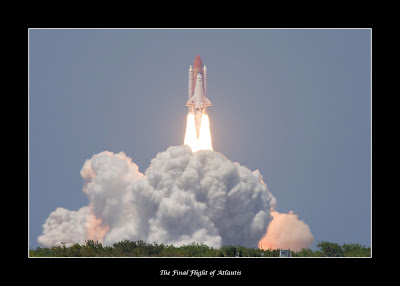 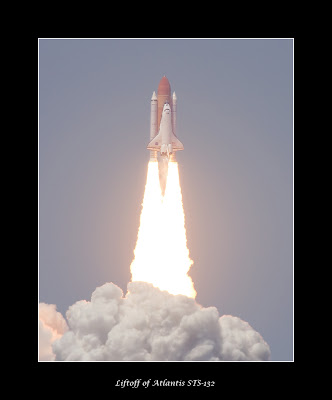 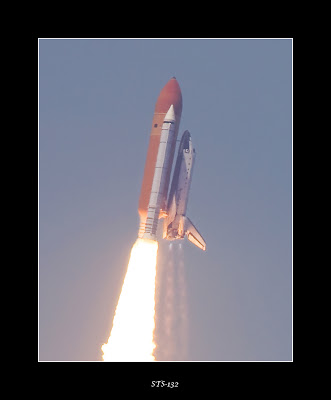 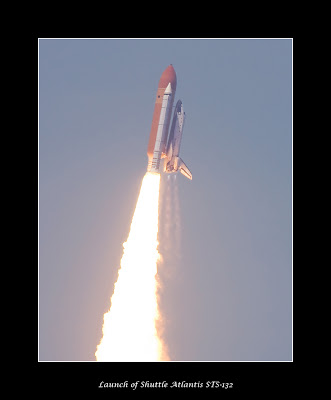 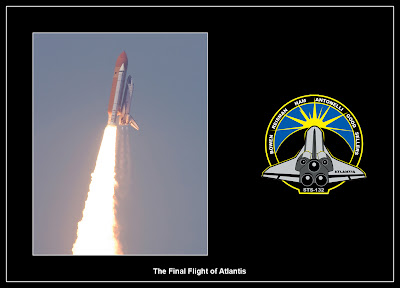 Here are some wide angle images of the exhaust trail as the shuttle climbs higher and higher into a beautiful blue Florida sky.  There's also a capture of the crowd on the causeway.  I heard on a local tv station later that night that over 300,000 people watched the launch from either Titusville or somewhere inside the Kennedy Space Center! 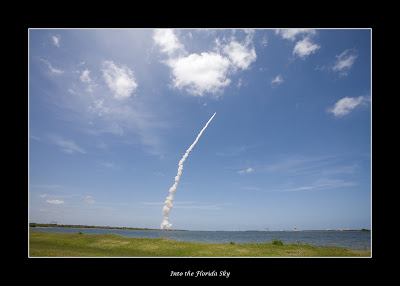 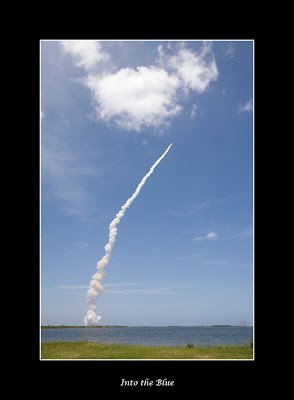 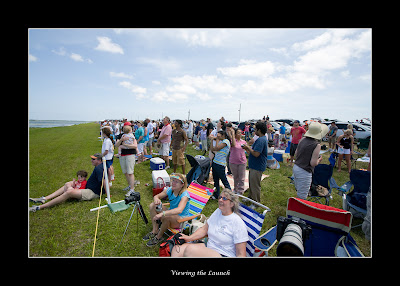 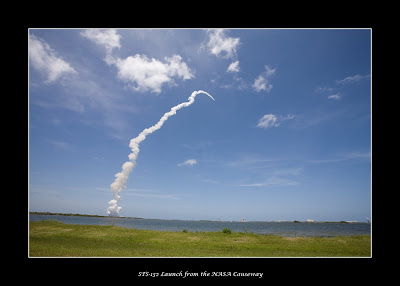