I normally posts my wedding and beach portrait images to the blog but I thought this was too cool not to post. :)  Yesterday I captured a very rare (for Cape Cod) funnel cloud dropping out of the base a nearby thunderstorm.  The photo and video were taken from Bank Street in Harwich Port looking east towards Chatham.  It lasted about 5 minutes and then dissipated.

After getting back to the studio, I sent the image and video to the Boston television stations as well as the Cape Cod Times.  It was picked up by WBZ, WCVB, NECN and FOX25 in Boston as well as WJAR in Providence, RI and used on-air as part of their 5pm, 6pm and 11pm newscasts.  Pretty cool!  The Cape Cod Times ran the image in today's newspaper as well!

Enjoy the view and be sure to watch the video in HD format. 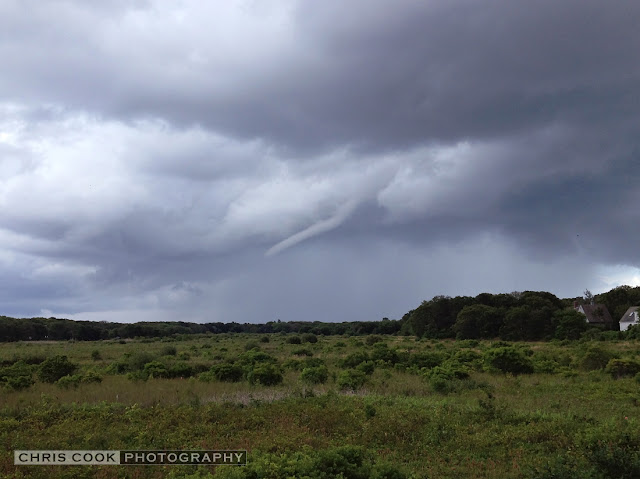 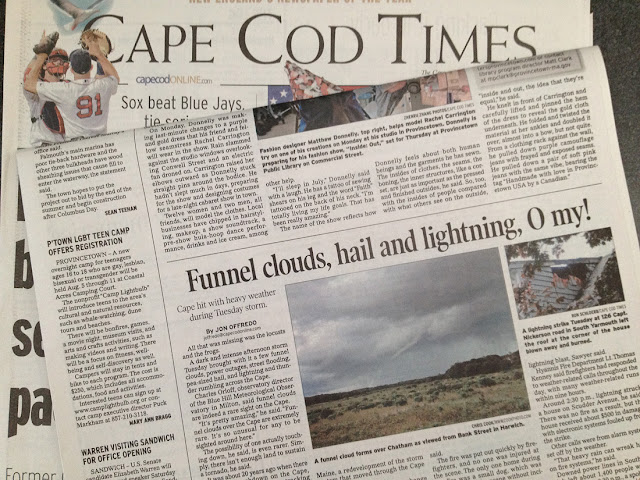