The Cape says goodbye to Teddy

This afternoon there was an amazing sight on Cape Cod. Thousands of Cape Codders, including myself, lined the roads to say goodbye to the late Senator Edward M. Kennedy. He was transported from the Kennedy compound in Hyannisport to the JFK library in Boston. I decided to pull off the mid-Cape highway to take of few photos of this historic event.

Teddy symbolized the Kennedy dynasty and the era of Camelot. While everyone may not agree will his policies, he truly cared about the people he served and was always willing to try and work with the opposite party to pass legislation to move this country forward. He served the residents of Massachusetts in the US Senate for 47 years!

He will be missed not only by his fellow Cape Codders but also by the people of Massachusetts and countless citizens around our great country.

Below are some of the photographs I took of people lining the side of Route 6. The last photo shows Patrick Kennedy riding with his father's flag covered casket. Patrick is also the nephew of the late President John F. Kennedy and Senator Robert F. Kennedy. 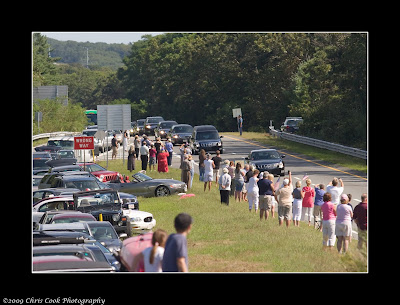 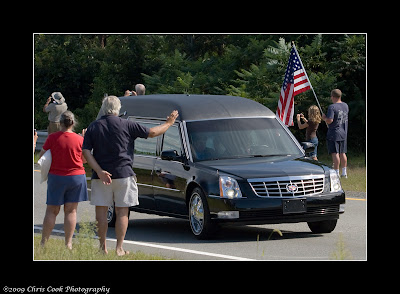 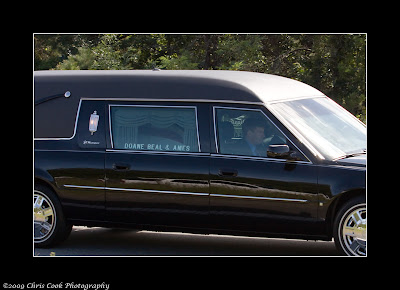