Marine One & Air Force One

This afternoon, President Obama and the First Family departed the Cape after a week long stay over on Martha's Vineyard. Always wanting to capture some neat images of Air Force One, I ventured back to Otis Air National Guard Base. Unfortunately, I was not quite as successful as last week in capturing the President's plane. Several factors came into play.... one, I guessed wrong on which way the plane was going to take off... almost always, jets at Otis take off to the northwest.... so....... I setup at the northwest side of the base. Well, wouldn't you know it, they took off to the southeast! Ha!! Second, the weather and visibility was pretty bad with a light fog and only about a 100ft ceiling.... very tough conditions for photographing aircraft in flight!

On the upside, I was able to capture a pretty good image of Obama arriving on Marine One.

Hopefully, the President will visit the Cape again in the future and I can try some more. :-) 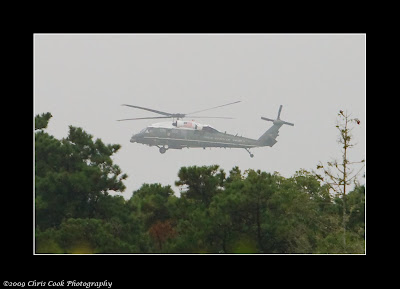 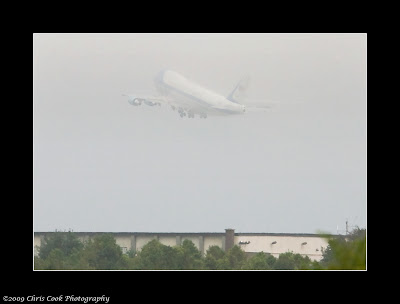